Have been lusting over Nigerian designer Eva Sonaike’s version of decadent Ankara interiors for a few years now, so it was such a treat to get to interview her for this piece on Essence.com. She’s such a dynamo, in a tough industry to crack for Black people like decor. 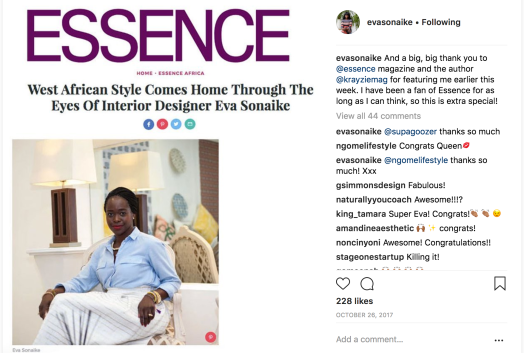 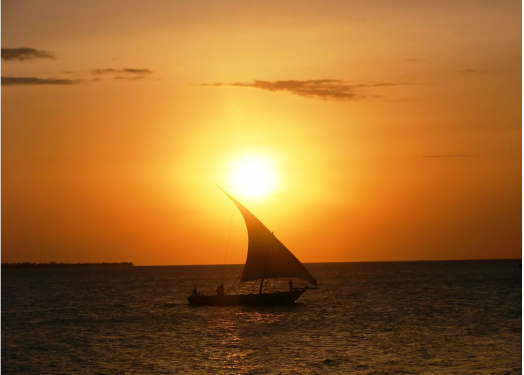 One of my favorite things to do… writing about awesome women who inspire me. This travel piece for Essence.com was such a labor of love and admiration for my passport gang woman crush Lerato Mogoatlhe.

Travel Diaries: Johannesburg Journalist Lerato Mogoatlhe Details Her Travels To Over 14 African Countries https://t.co/MJwJqfrbhr#Vagabond coming out this September. Please entertain my excitment…This article made me think about hitting the road again!

Oh and I can’t wait for her book Vagabond coming out later this year.

In 2009 seventeen launched an innovative holiday internship programme, where a team of 12 readers is selected to guest-edit an issue of the magazine as part of the 17 Academy. This project was spearheaded by me to get girls real-world career experience while connecting with readers in an interactive way.

17 Academy gives readers a chance to co-edit  an issue of seventeen working alongside editors in the fashion; features; and marketing departments, gaining invaluable job skills. This also allows seventeen a first-hand opportunity to interact with and learn more about its core target market.

Read about it straight from the girls on http://17intern.blogspot.com/

Launched in 2005 as a drive to highlight and reward the incredible accomplishments and contributions of the country’s teen girls, the competition has been hailed as one of the best youth initiatives of its time that focus on great role models whilst encouraging teen girls to look at success as more than just being top of your class, or how much money you earn. Read more here
During my time we also introduced some innovative brand extensions and editorial initiatives including:

The first 17 Dance supplement, bagged as part of the July/August 2011 issue featured 50 pages of dance-specific articles including features to find the perfect dress, hairdo, makeup looks and more for the Matric dance.

seventeen launched the Cover Look competition in 2009 where one lucky girl could win the chance to be on the cover of their favourite magazine. In year one the prize sponsor Maybelline cosmetics, gave away a prize package including a R100 000 modeling contract. 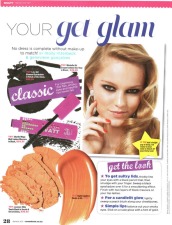 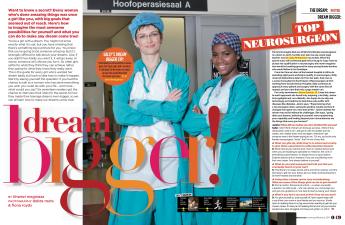 seventeen launched it’s first reader panels with the style counsel in 2008 where readers are selected to be an expert advisory board to the editorial team, giving advice to their fellow readers and keeping the editorial team on the pulse of the latest youth trends. Style counsel grew into a yearly Super Stylist contest where retailer Edgars gave away a seat on the counsel for a styling reader.  Seventeen also launched the Varsity 5 in 2010 and Beauty Smarties in 2011.

I recently oversaw africa.com’s coverage and social marketing of Barack Obama’s historic round trip of three African countries last year collated under the banner Obama in Africa. Africa.com CEO Teresa Clarke was in the press corp, a massive honor for a small online publisher!

I was so happy that even with all the crazy coordinating of writers, planning stories, working on video and liaising with the Whitehouse I was able to cover some events and do some writing. My pieces are below. 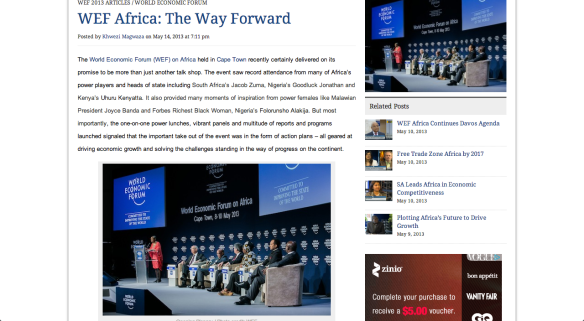 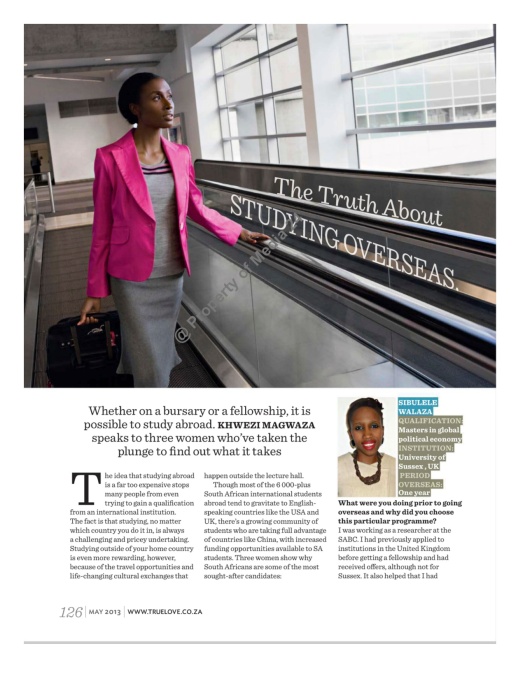 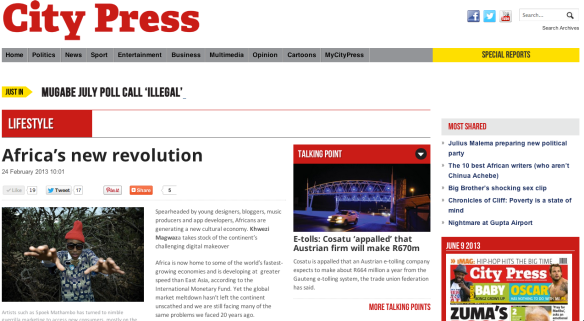 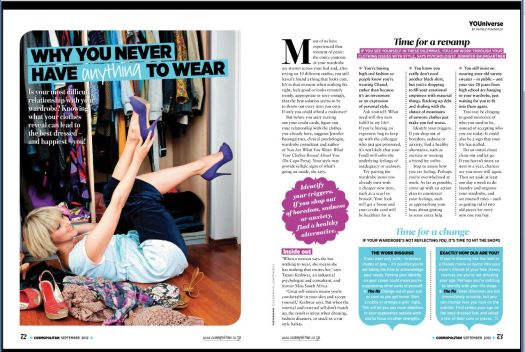 Why you have nothing to wear… published September 2012 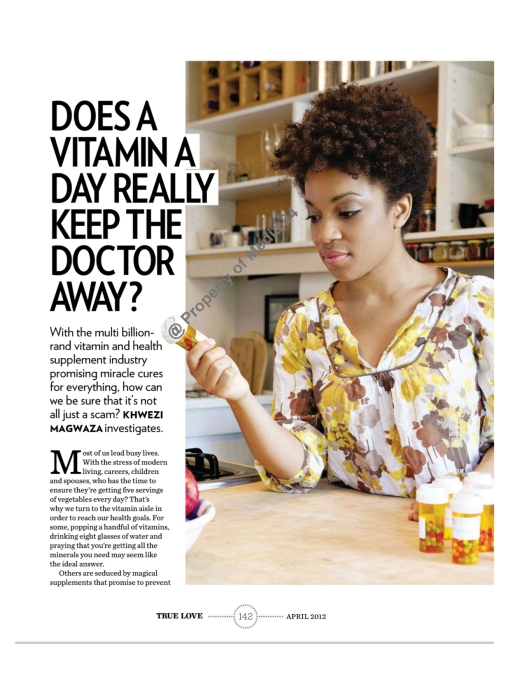 I’m starting to get into my stride with health reporting and I’m really loving it. This piece on the vitamin debate was so insightful to write.

You can read the full story here 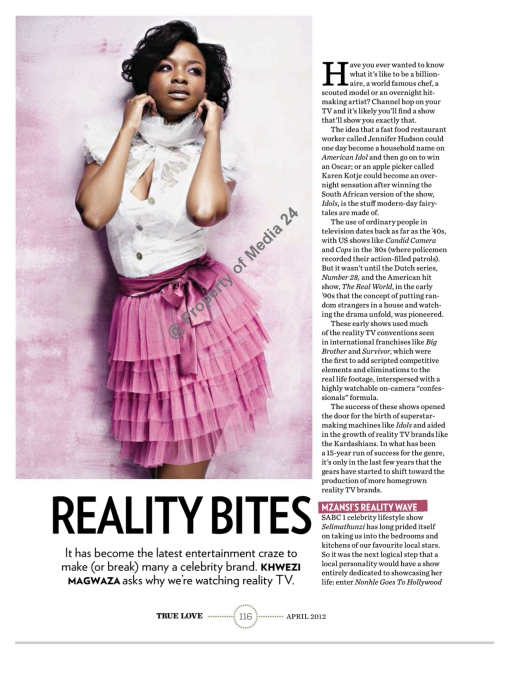 For this story on the new wave of celebrity reality TV shows I got to interview Nonhle Thema on her post Hollywood meltdown… need I say more!